On this Memorial Day we salute AAMCO center owners who are military veterans. AAMCO has been a great supporter of veterans returning from war.
Fred Saunders, owner of two AAMCO centers in Texas: New Braunfels and San Marcos is a retired Air Force Officer Major and currently serving in Afghanistan as a Department of Army Civilian.
Over 25 years, he conducted two tours in Iraq and three tours in Afghanistan. His AAMCO centers are located near Randolph Air Force Base, and he enjoys repairing the vehicles of many service members and veterans. 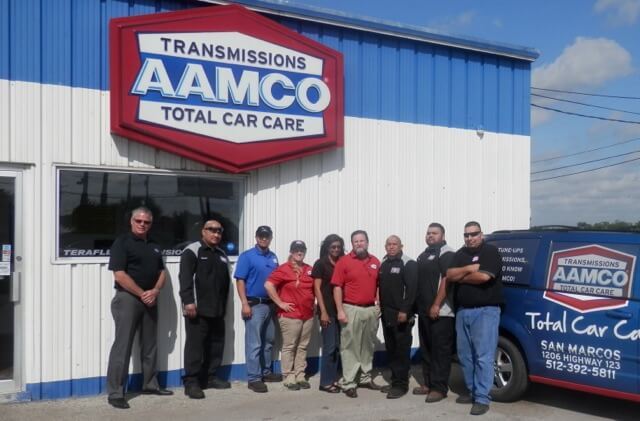