Richard and Steve were on a mission for their rowing club on Vashon Island in western Washington. They had located some used boats to purchase located in both Baltimore, MD and Boston, MA. They decided to make the trip across country, since the boats were exactly what they were looking for and wouldn’t break the club’s bank.

They headed out in mid-February in an Acura MDX, hauling a large boat trailer behind them and encountered a lot of bad weather, traffic and unfortunately, major car trouble along the way. Somewhere in Connecticut, they noticed that the A/T Temp light had come on. They stopped to let the engine cool but got back on the road and saw that the light was still on and realized they might have a real issue. At 4:00pm, they stopped at an Acura dealership in Norwalk, CT. That’s when they discovered they would need their transmission rebuilt and were told it could take several days. This was the last thing they wanted to hear. The dealership then referred them to the transmission specialists at AAMCO of Norwalk, CT to do the job.

Steve Grandinetti, the owner of AAMCO of Norwalk, CT, assessed the damage and learned about the predicament these 2 cross country travelers have now found themselves in. Without any hesitation, Steve stepped right up to save the day. He immediately got on the phone and started making calls to solve all of their problems. He was not only working on the transmission issue, but had gone above and beyond for them by locating a truck with a trailer hitch that they could rent locally, since no rental companies the 2 travelers called would allow them to tow anything on their rental vehicles and allow them to complete the reason for this already long journey.

Richard and Steve drove up to Boston to get the remaining boats and towed them back to Norwalk, CT, they returned the “miracle” rental truck and spent the night at a local hotel. The next day, they were thrilled to learn that Steve from AAMCO had made come through for them again with an incredibly quick turnaround for both rebuilding the transmission and installing a transmission cooler.

That afternoon, much sooner than they had ever imagined, they were back on the road across country. With an expertly rebuilt transmission and the additional peace of mind that having an 18 month/18,000 nationwide warranty brings, they drove confidently state by state all the way home, thanks to Steve at AAMCO of Norwalk, CT.

*As originally reported by Steve Tosterud 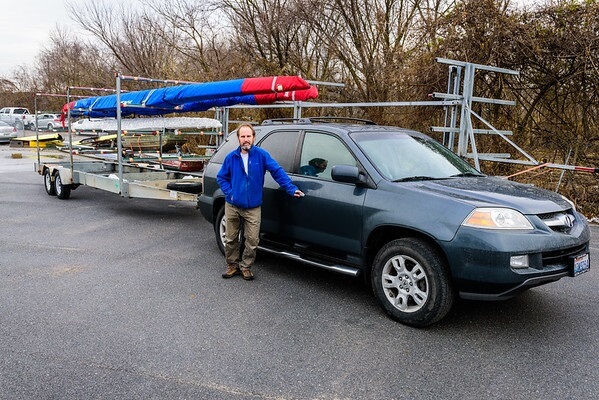